Web-Scale Computing is changing the economics of doing business online.

the title was actually quoted from the the Amazon Web Services Blog. That post reports on a new option of running a version of the Wowza Flash Streaming Video server as a virtualized AMI instance  from insides the Amazon EC2 cloud.

What this all means? You get a real cheap way to build you're own streaming network. For private videos YouTube will to the trick of serving your private holiday videos to the fans and you don't have to bother for neither price nor capacities. But with such a thing as a Wowza server on EC2 you can now build your very own YouTube on demand. And it's running on small pockets too. For only 5$ a month you get the right to do so and beyond that you pay per-hour and bandwith. 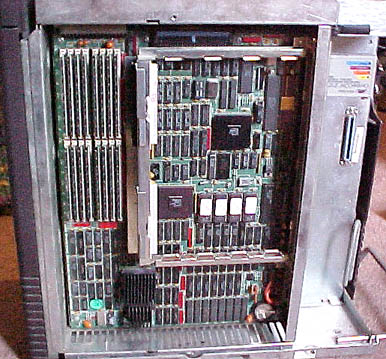 But even besides the economics, Wowza brings more to the party. It is a real good piece of software it seems. I worked with it just end of last years and all operations where smooth. Before Wowza choosing a streaming server sometimes to me felt more like "die Wahl zwischen Pest und Cholera"(or Hobson's choice as i learned). I worked with Wowza last year and it was breeze of fresh air. I think i read somewhere it was written by some old SGI dudes. Ah, good old times, but that is another story(Personal Iris anyone?)

Adobe, the original? Expensive, old-school. heavy. not sexy. Red5 Open Source? Good luck i wish. I never had. Quicktime? Don't know about QTSS but the DSS variant of it failed on me badly whenever i needed it and on top of that it uses PERL! to serve its admin HTML pages, uha, shudder.

Some fellows became even so desperate as to start recoding things from scratch and try writting an RTMP* server in Erlang. As i said elsewhere, Erlang, power- and beautiful concepts, but such an ugly language. Again, good luck i wish. If someone might want to spent a couple of month on trying to combine Erlang concepts and ruby language on writing a scalable stand-in replacement for the proprietary FLash streaming video server solutions than please give me call. Would be a nice project.